SOLIDWORKS 2018 introduces a couple of very interesting enhancements to eDrawings 2018.

It also provides the ability to create and attach a STEP file of the model, that will be saved within the eDrawings file!  The STEP format can be either AP214 or AP203.   There is also the same ability to select and create STEP files for each different configuration. 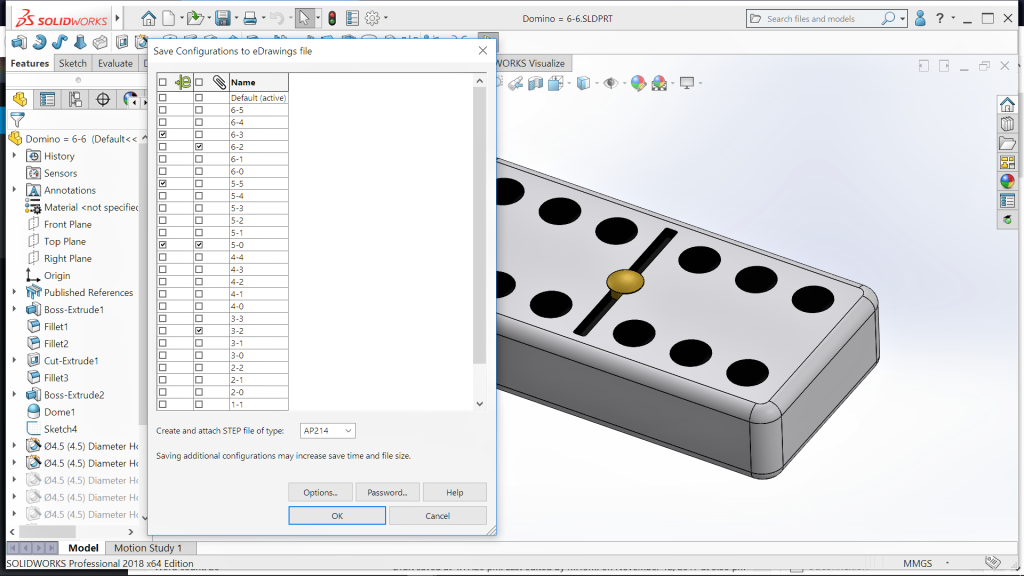 There are also additional Options available via the Save Configurations to eDrawings dialogue box.  There is now the ability to display Decals in eDrawings 2018.  For decals to show in eDrawings they must be saved within the eDrawings file 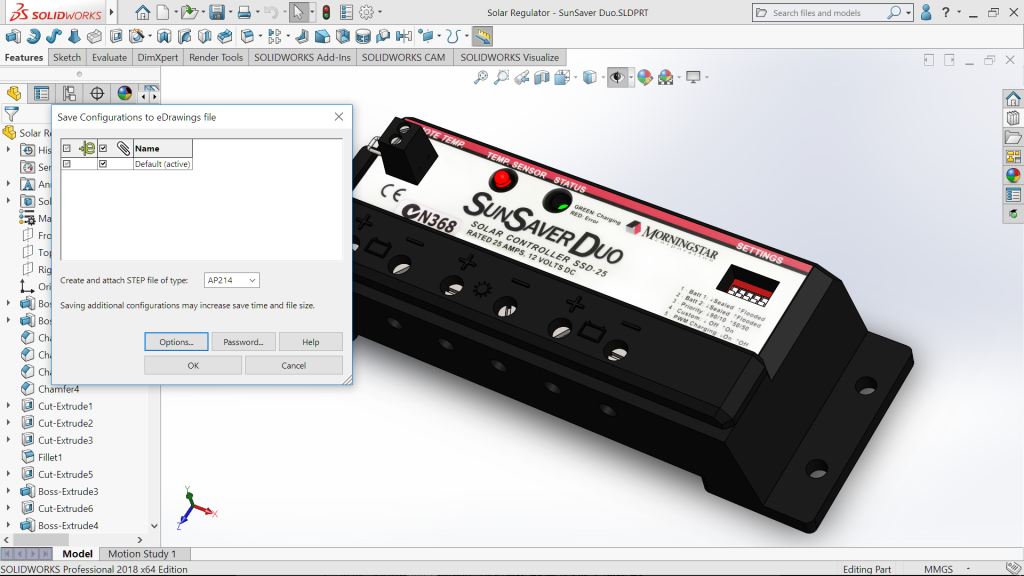 When the Options button is selected in the Save Configurations to eDrawings file dialogue box, it opens System Options.   Selecting Document Properties>Model Display allows for  the selection of Store appearance, decal, and scene data in model file. There is a warning that this will increase the file size. 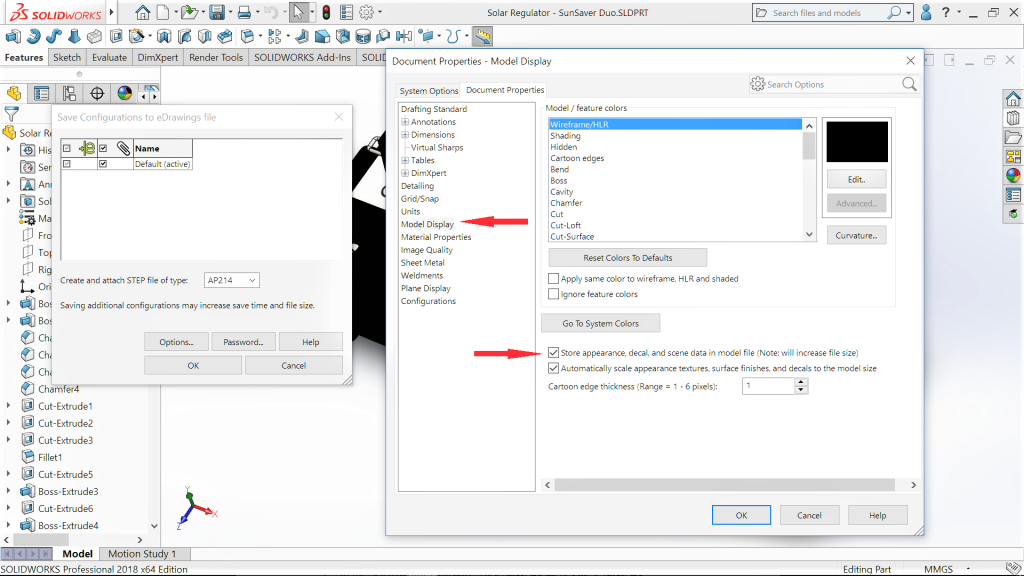 The ability to add a Password to the file can now be accessed from the Save Configurations to eDrawings file dialogue box. 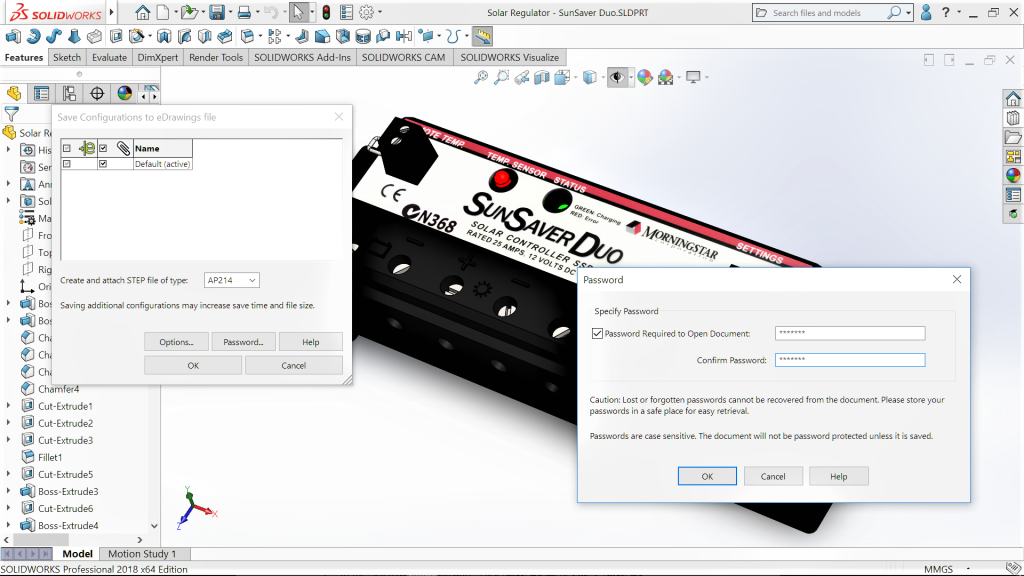 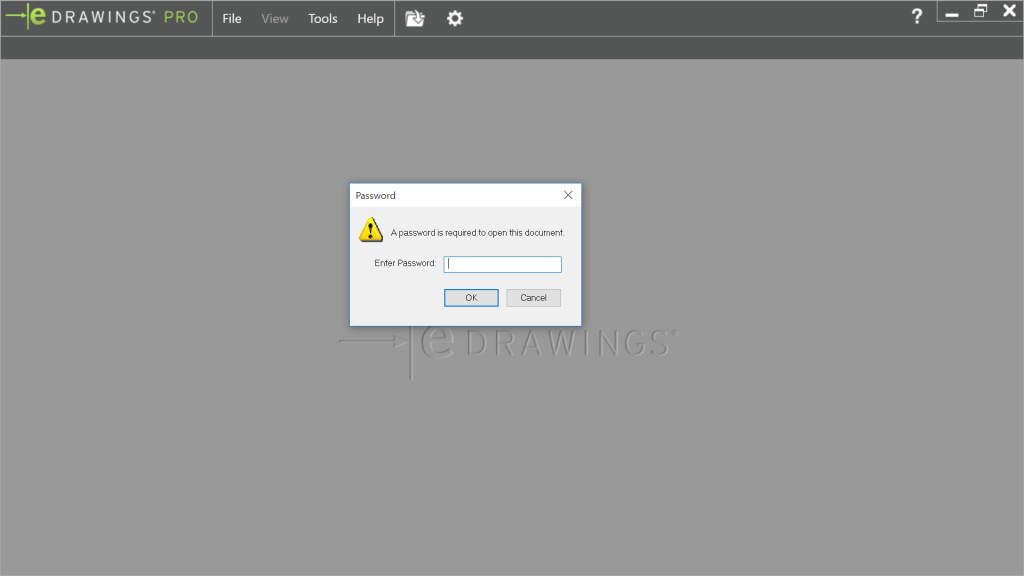 Accessing much of the new functionality in eDrawings 2018 is from the lower right hand corner.  The configuration tab previews and allows the selection of which configuration is to be shown. 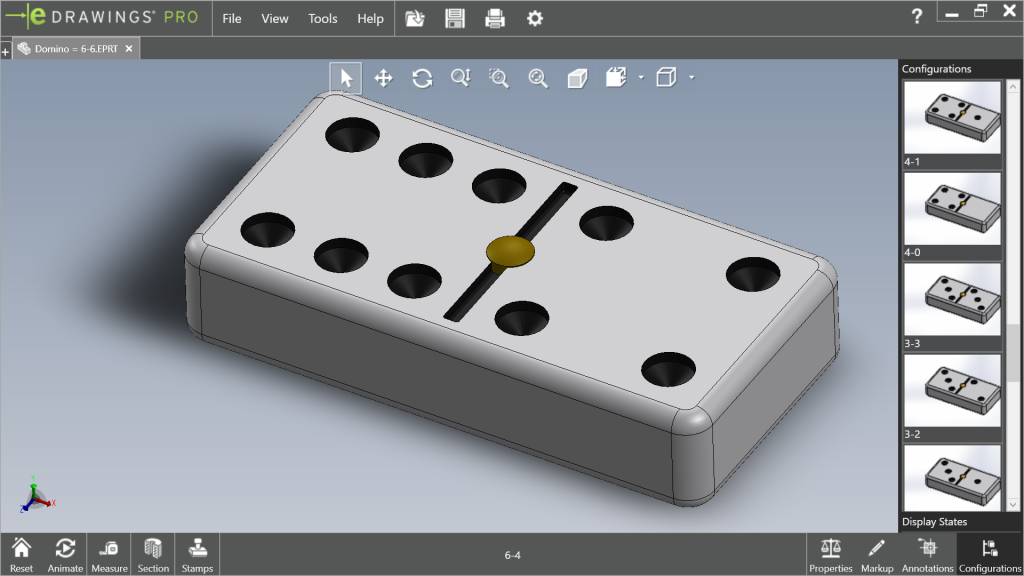 Visually models are greatly improved with the additions of decals. eDrawings have always had good graphical display.  The ability to now display decals has only enhanced that.

The STEP files that have been save within the eDrawings file can be either displayed or more importantly downloaded via the attachment tab.   One of the issues when having been sent or when downloaded a STEP files is that you don’t get a graphic preview of the model.  I can see opening a eDrawings that has a STEP file attached being beneficial.  Especially if there are a number of configuration to choose from.   eDrawings can be used to provide that preview before deciding which configuration is required to download the STEP format. 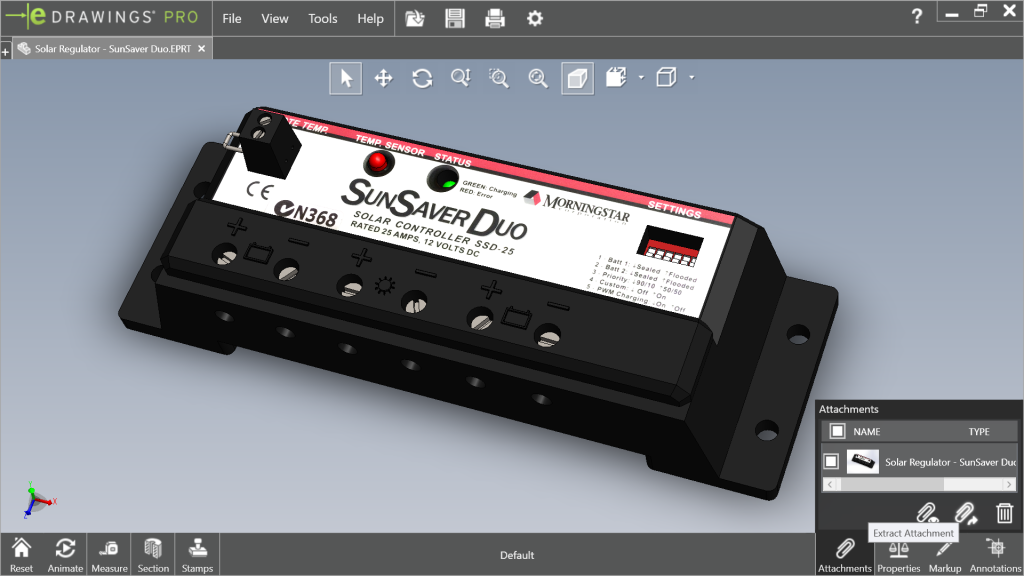 At this stage eDrawings 2018 is only available on Desktop.  Neither iOS or Android platforms have been updated to open the eDrawings 2018 format.  When the files is currently selected it only displays the grey eDrawings graphic area.  It will be interesting to see what will or will not happen with STEP attachment in the mobile platforms 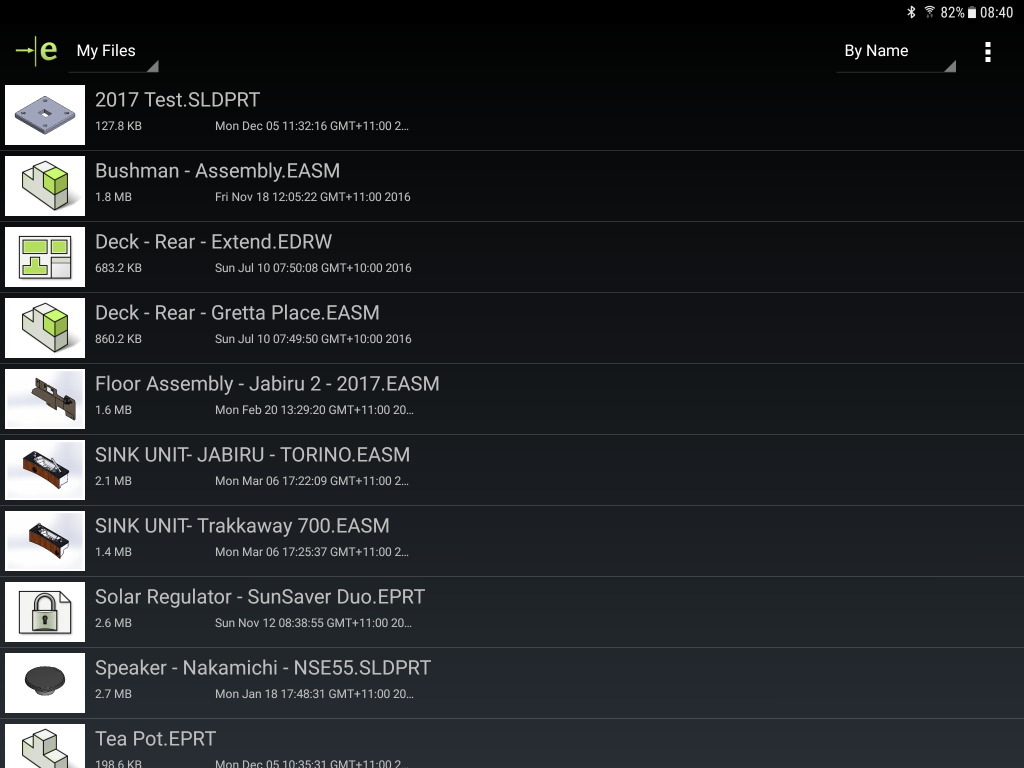 The ability to save a downloadable STEP file within the eDrawings file is a massive enhancement.  It has further added to the greater production capabilities to the eDrawings product.