This is almost always the most anticipated part of the General Sessions at SOLIDWORKS World.  Not only for the early preview of what we may see (or at least a possible direction a feature is heading) with the next release of SOLOIDWORKS.  But for how the Product Team will present these enhancements.   The acting is always bad, the puns are worse but it is always entertaining and insightful.  This year was no different.   Maybe predictable with the recent release of the latest Star Wars franchise ……….cue the music …….. 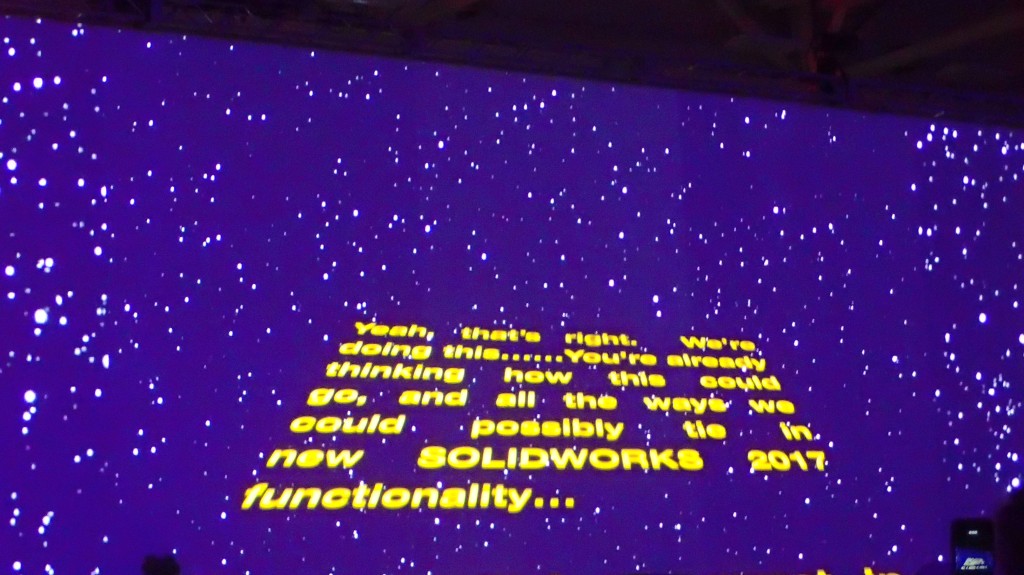 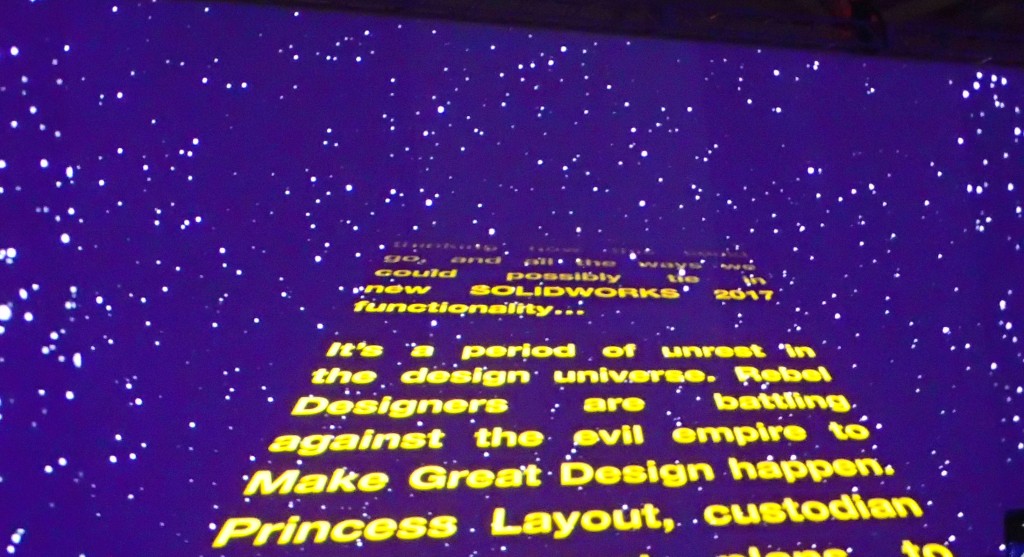 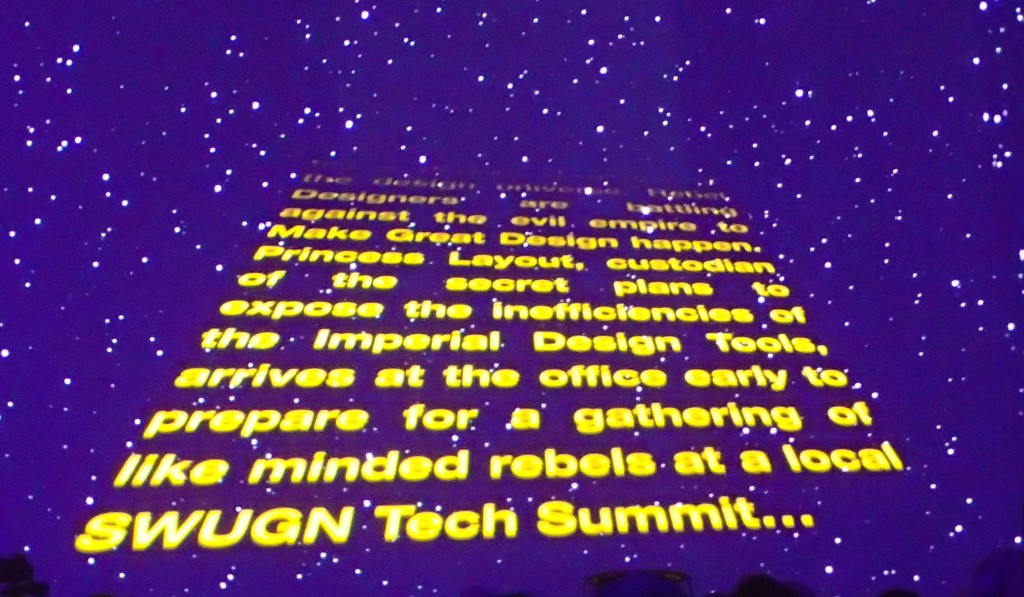 Making her “next release” debut Rachel York as Princess Layout 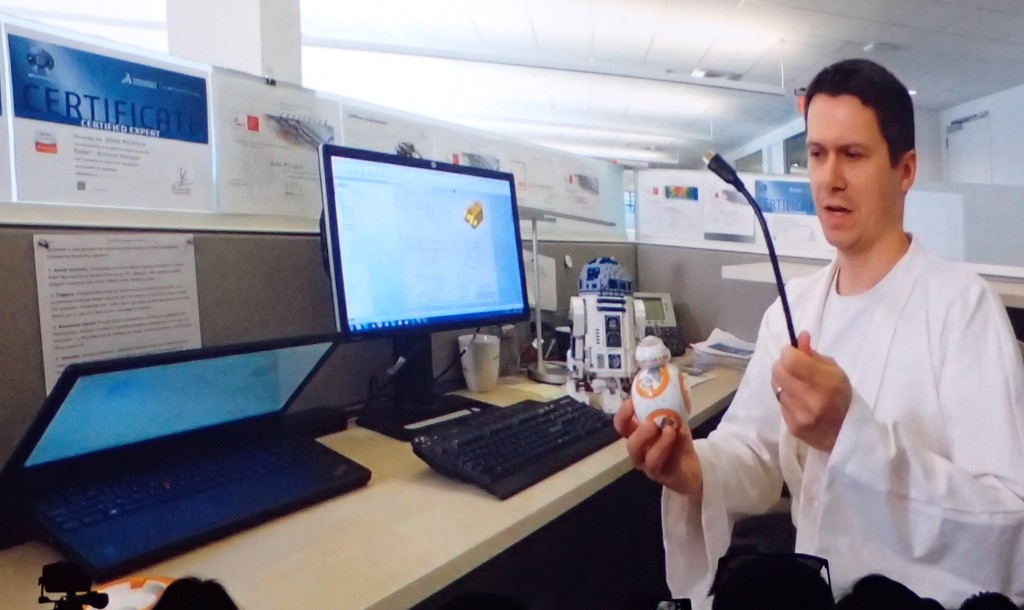 We all know this scene! 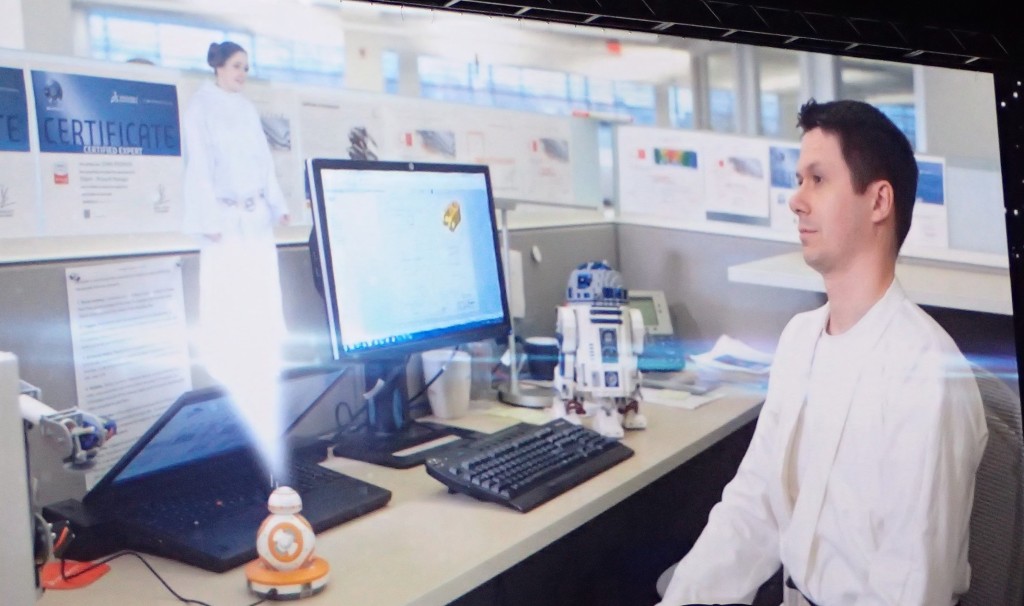 BI-DIRECTIONAL CIRCULAR PATTERN – The ability to circular pattern in two directions, along with applying different spacing parameters for each direction 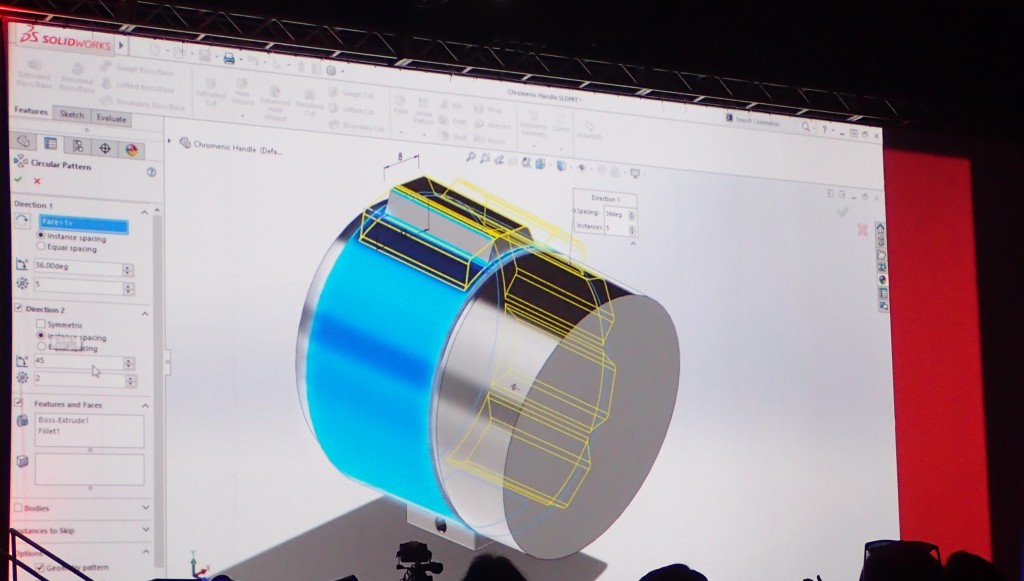 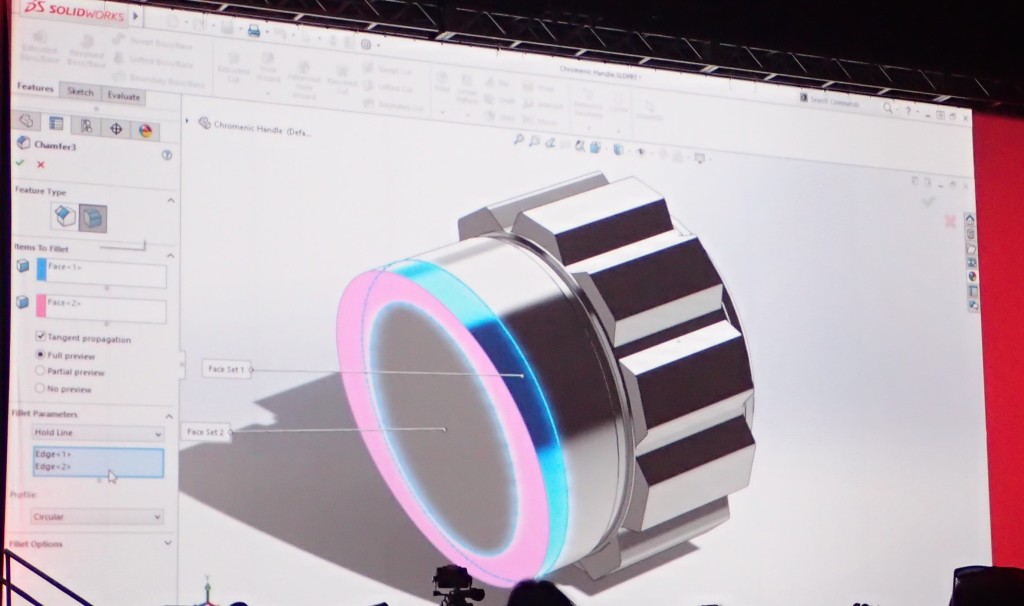 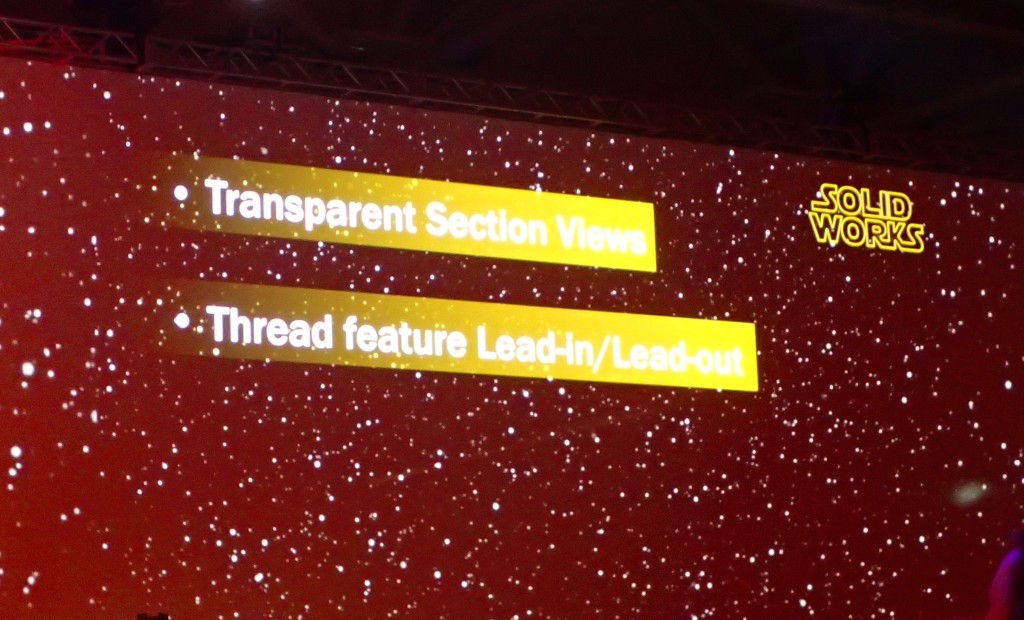 THREAD FEATURE LEAD-IN – LEAD-OUT – Building on the “Thread” tool in SOLIDWORKS 2016.  The added ability to include a Lead In & Lead out for the thread

TREEHOUSE STRUCTURE PRINT – Adds the ability in Treehouse to directly print the Structure.  Although NOT mentioned, it looks as though there may also be a “Export to Excel” function.  It the Icon next to the Print Icon is any indication 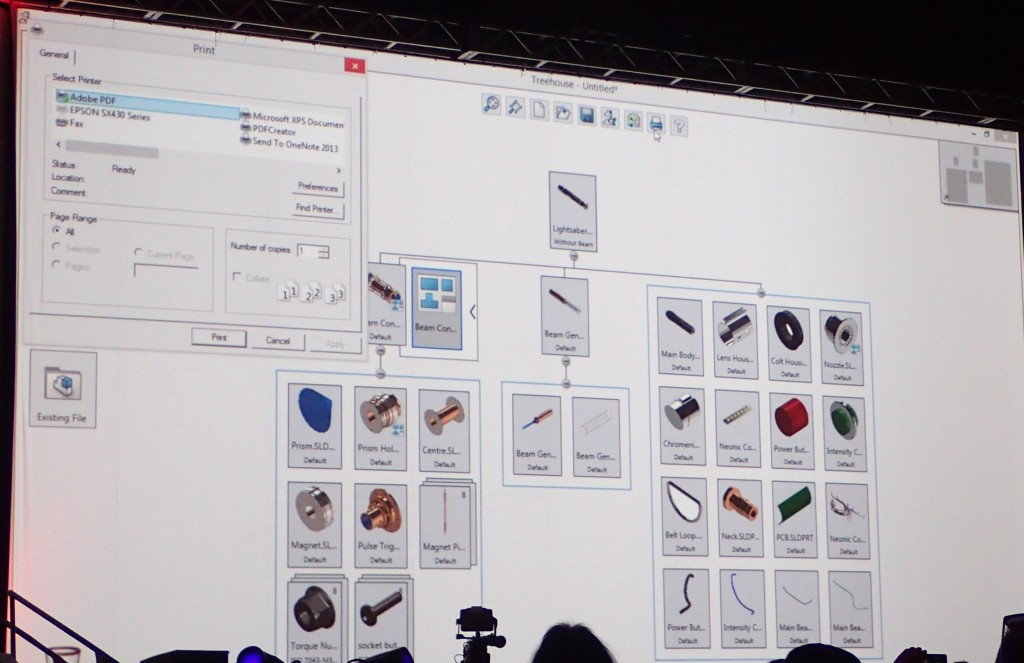 ADVANCED HOLE WIZARD – Adds new functionality to Hole Wizard of multi-stepped holes.  Along with the ability to have different steps (counterbores, countersink) for either end 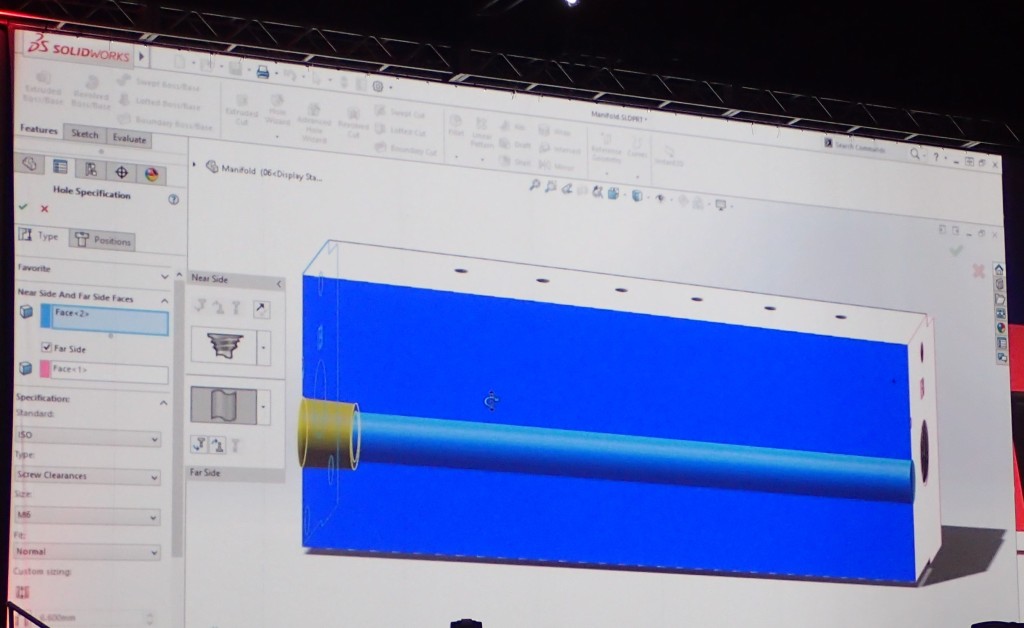 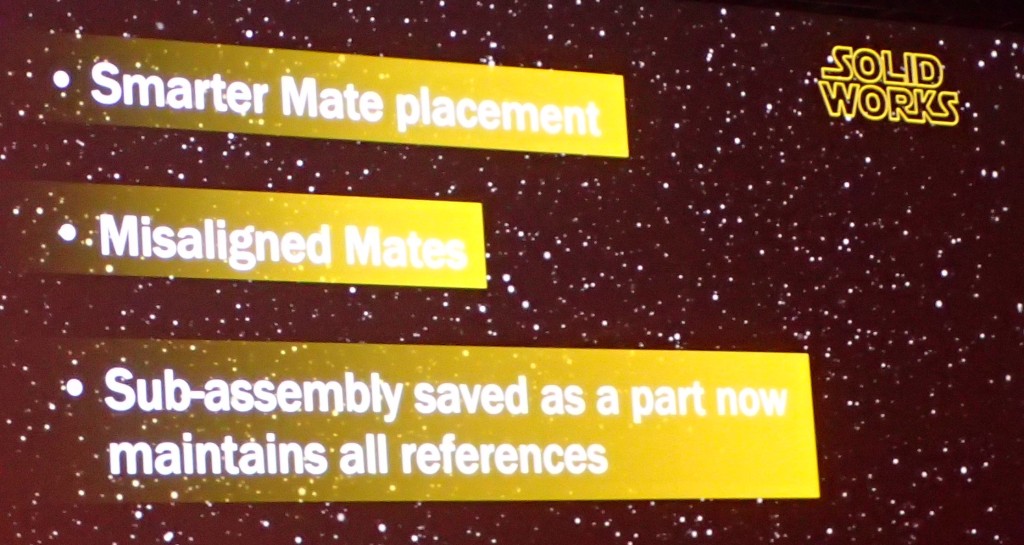 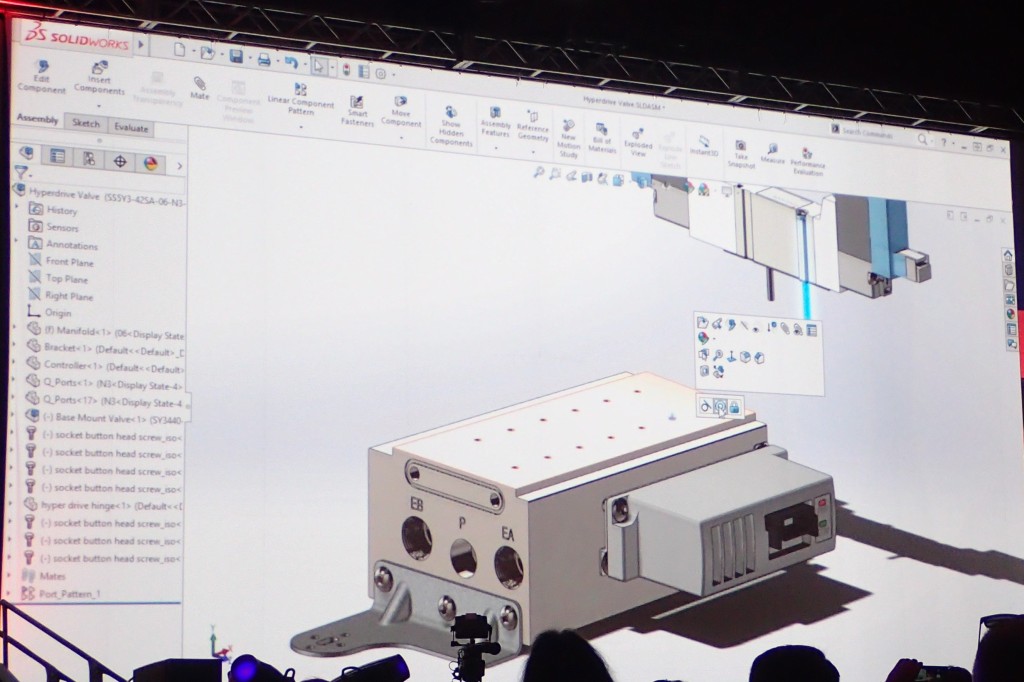 SUB-ASSEMBLY SAVED AS A PART NOW MAINTAINS ALL REFERENCES – Add the ability to preserve geometry references when saving assembly as a part.  Allowing face identification to be maintained so mates don’t fail when replacing

We all know what happens next! 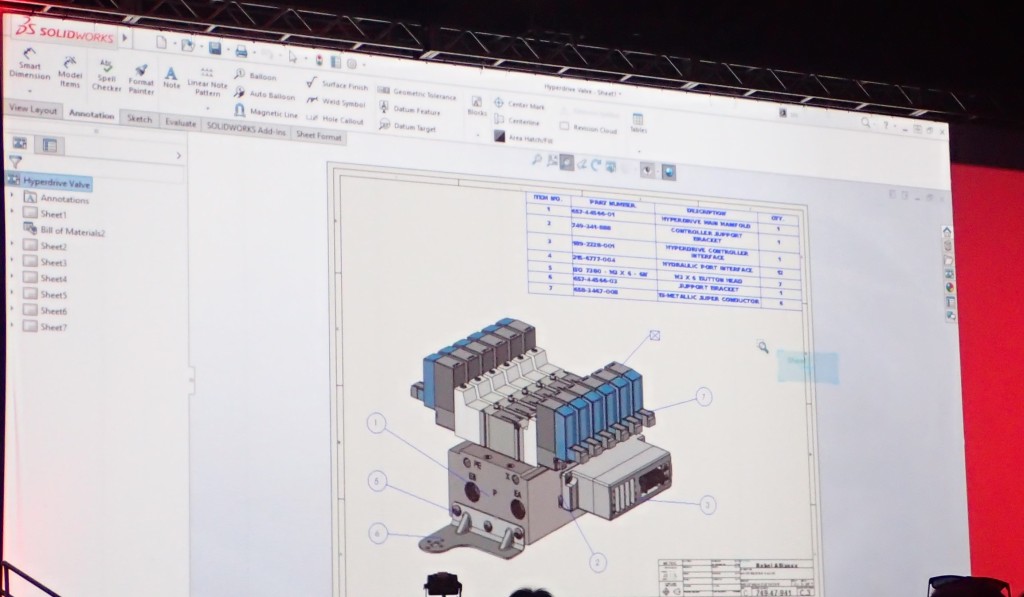 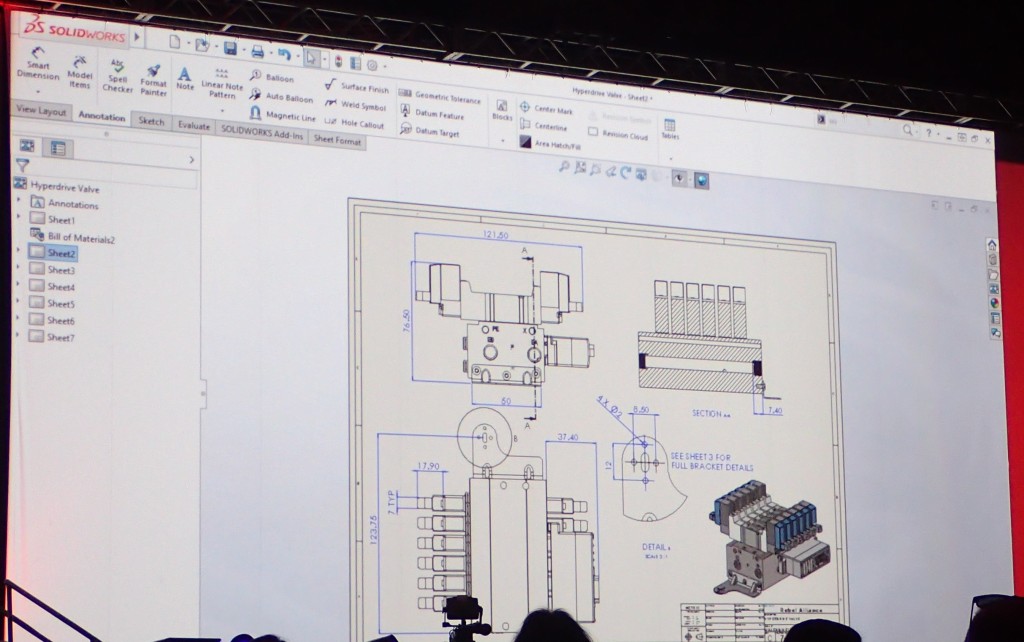 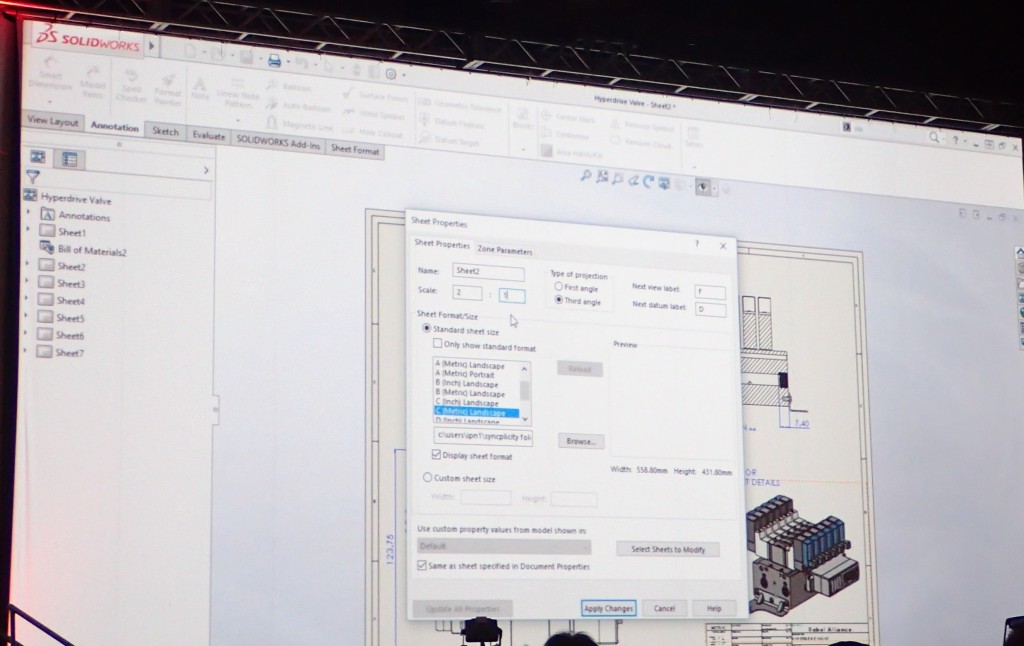 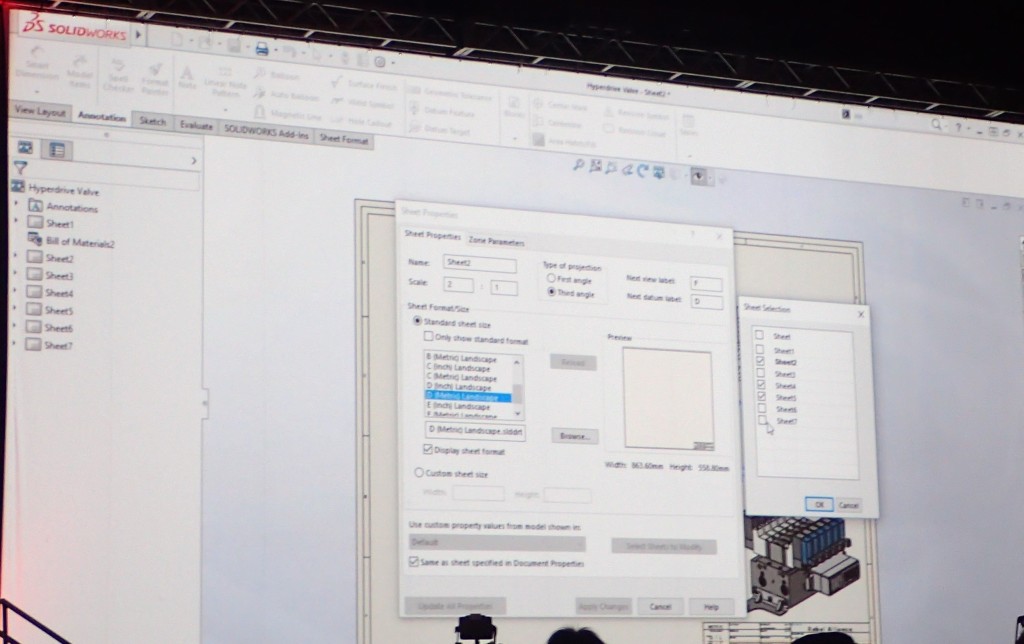 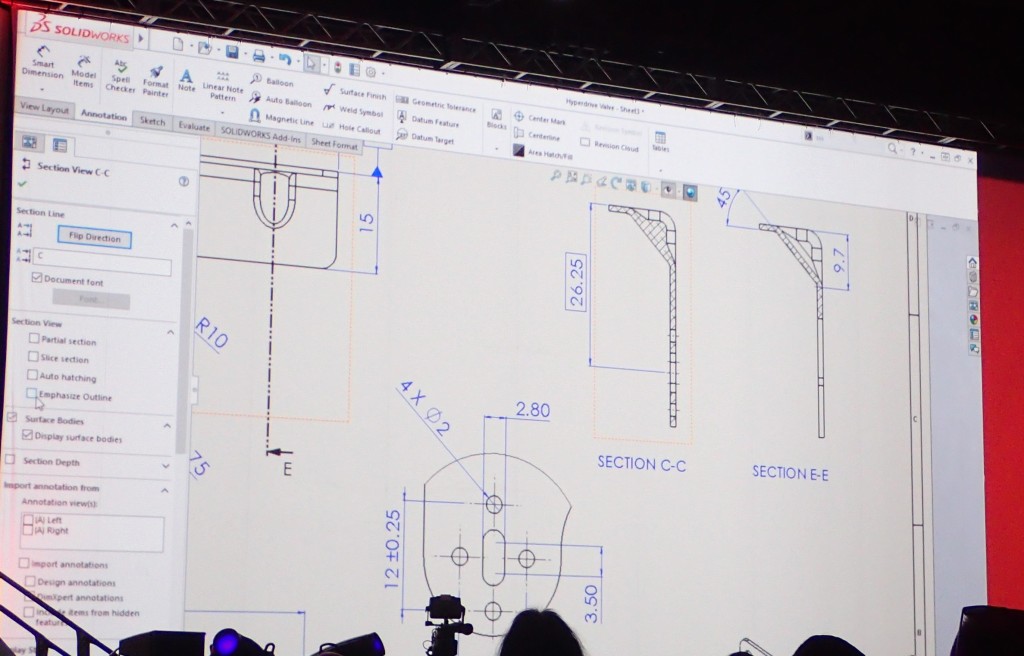 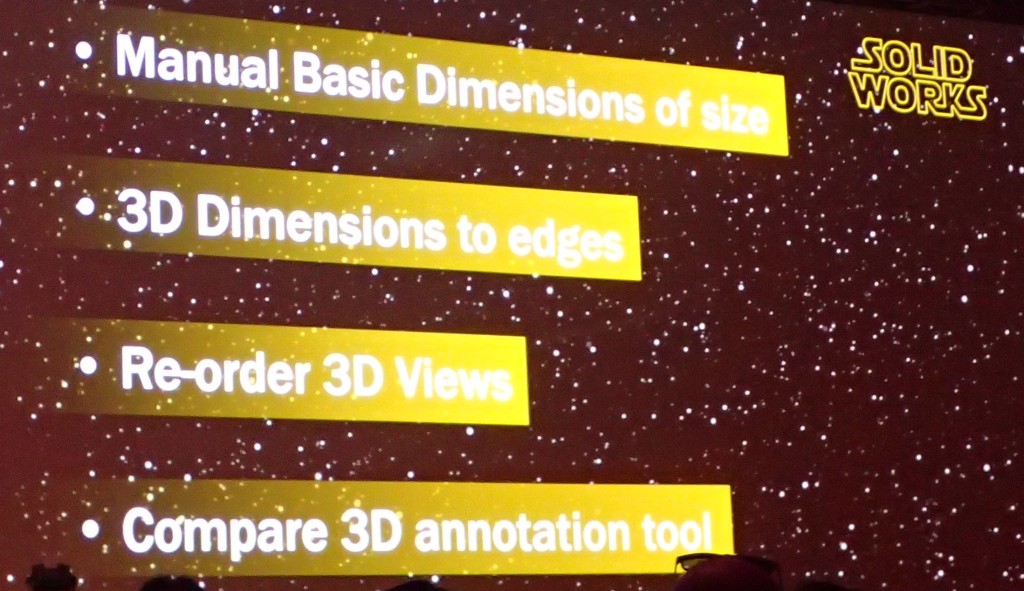 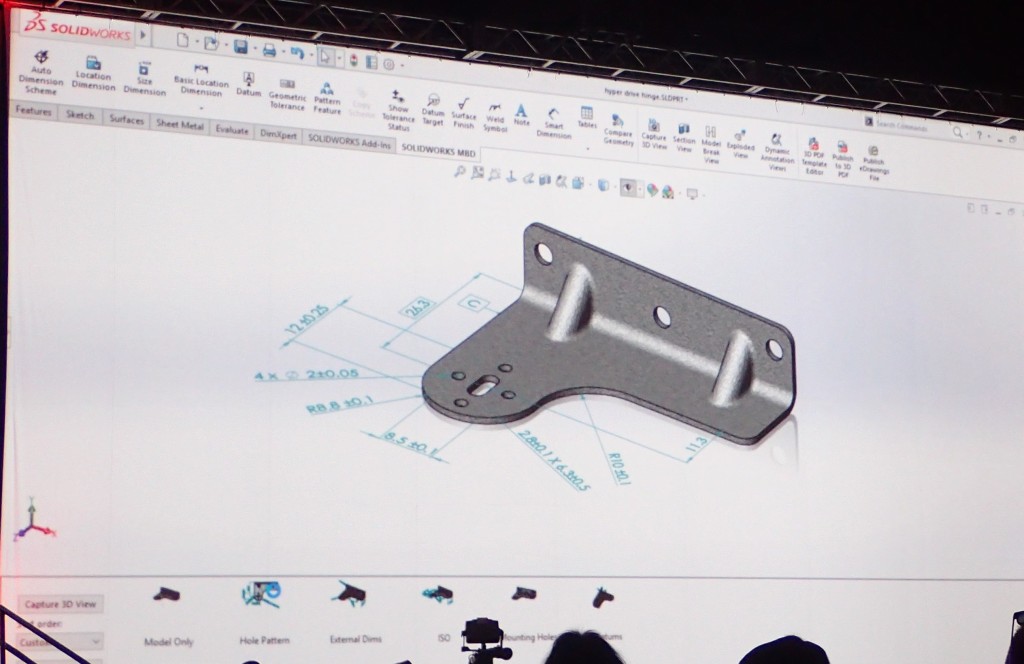 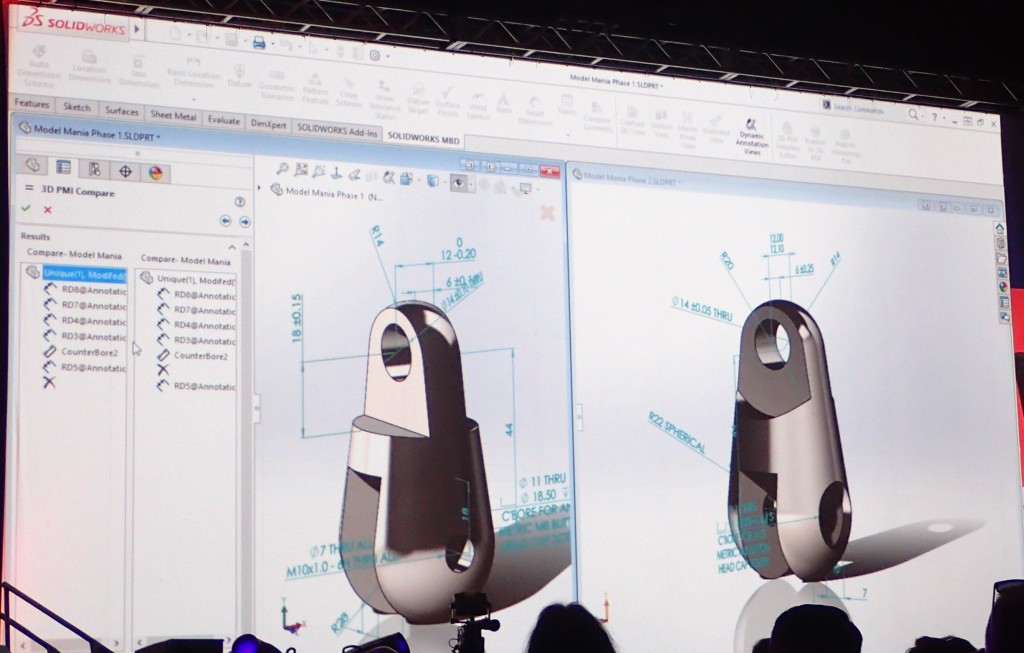 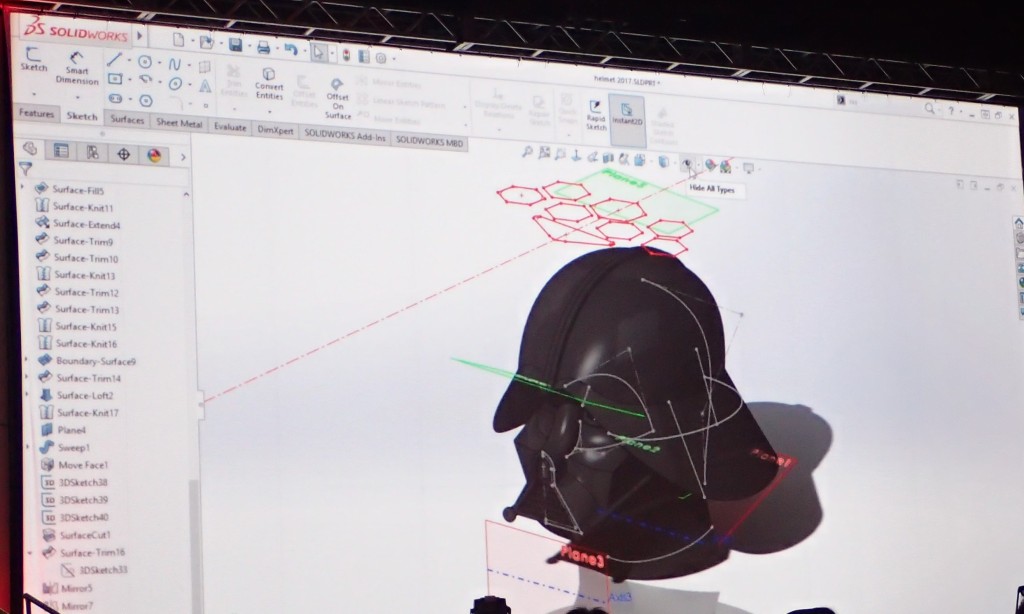 WRAP SKETCHES ONTO ANY SURFACE OR ONTO MULTIPLE SURFACES – Adds the ability to Wrap a sketch onto any surface.  With the added ability to wrap on to multiple surfaces 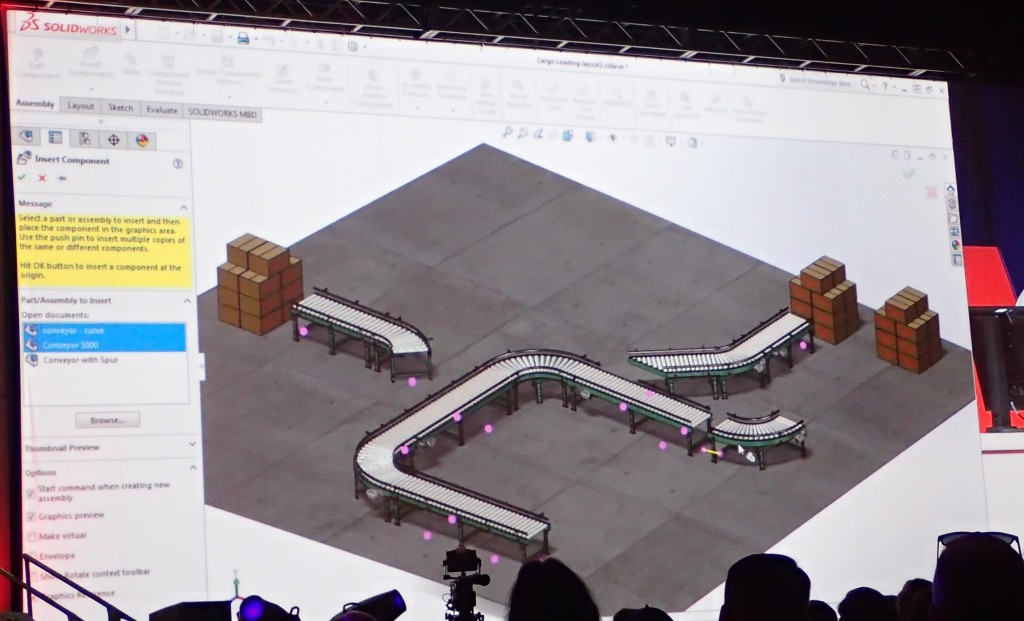 EDRAWINGS OPENS MANY MORE FORMATS – The more the merrier! eDrawings now supports Autodesk Inventor, Catia, Creo, Pro/E, Rhino, Solid Edge, IFC, and 3DXML.   There was no mention of it. but there are also listed additional eDrawings file extension .eprtx, .easmx, .edrwx.  We will need to wait and see what this is all about?

OPEN AND USE MANY CAD FORMATS –

An interesting one!  The ability to open and reference other CAD data without importing the geometry.  The file (in this case) has a .iam extension and a “modified” part icon.  Acts like a native SOLIDWORKS file but is an “imported part” 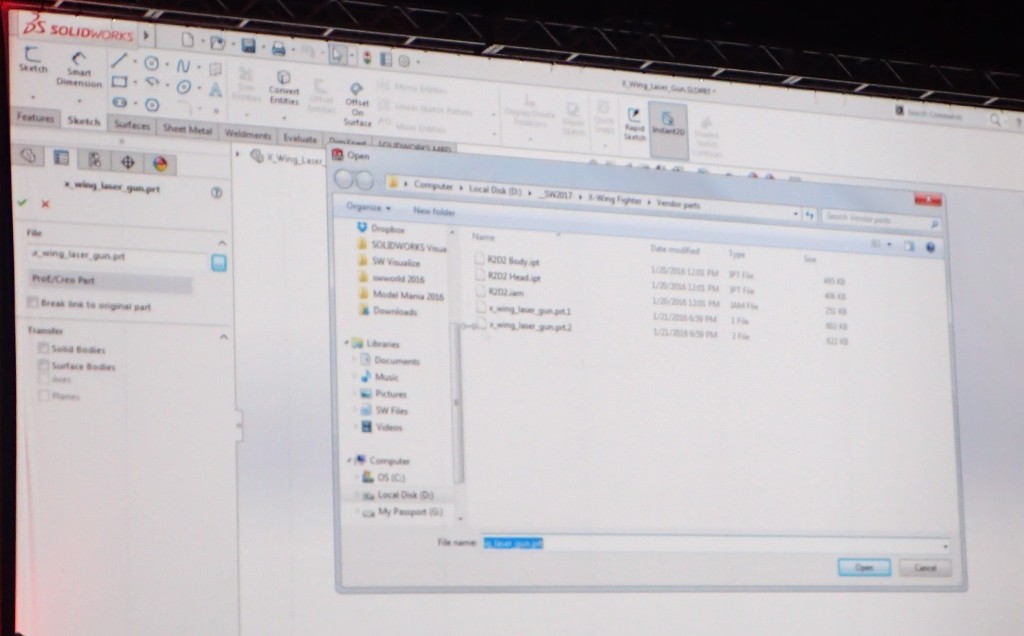 As in the past DS SOLIDWORKS shows just enough to tease what is upcoming in the next release.  There is much to look forward to with SOLIDWORKS 2017 ….. we all need to wait patiently now until June and the release of SOLIDWORKS 2017 – Beta