In the majority of cases when you set out to create a render, the aim is to try and make them as true to life as possible.  Whether that just be an image or in the production of a render animation, the goal is to be as “photo-realistic” as possible.

SOLIDWORKS 2016 has added Motion Blur to PhotoView 360 – Render Animation.   With this enhancement it will go a long way to assist in achieving that goal.

It is one of those enhancement that has slipped in under the radar.  It is covered by just the following paragraph in the SOLIDWORKS 2016 – “What’s New” document.

What better example to express the need for Motion Blur than the actions of a fan.  A quick download from 3D Content Central soon produced the fan.  It was then just a case of Add appearances and then setting up the animation by adding a Motor to the Fan Blades 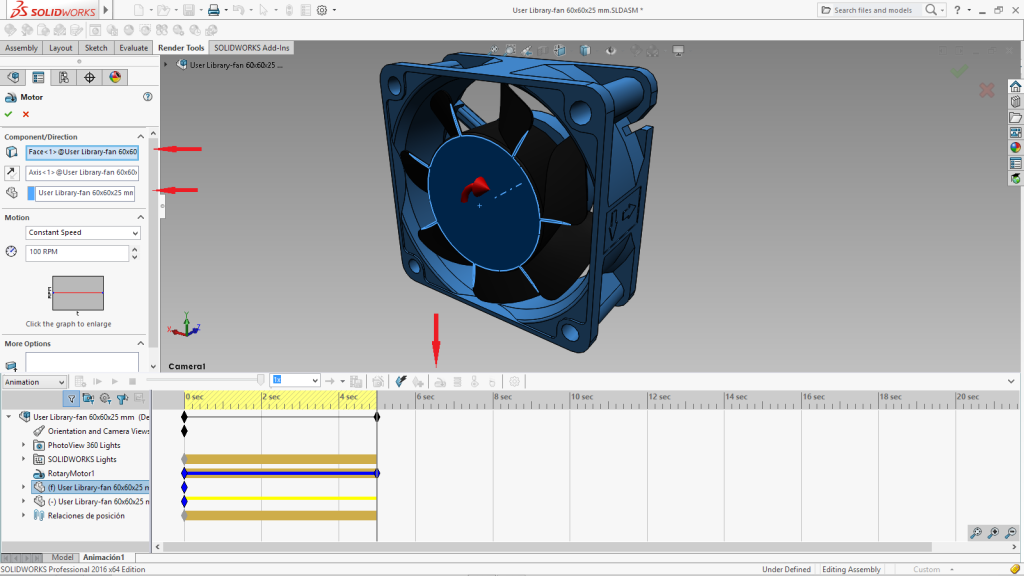 With the selection of “Save Animation” and the choice of Renderer set to PhotoView 360, the Option of Motion Blur becomes available for selection.   The amount of “Blur Length” and “Blur Offset” can be adjusted via the two sliders.  How much length & offset is required, will at first be a question of trial & error.    After the first few animation, experience with soon guide those settings.  In this case I moved them to around the three-quarter mark! 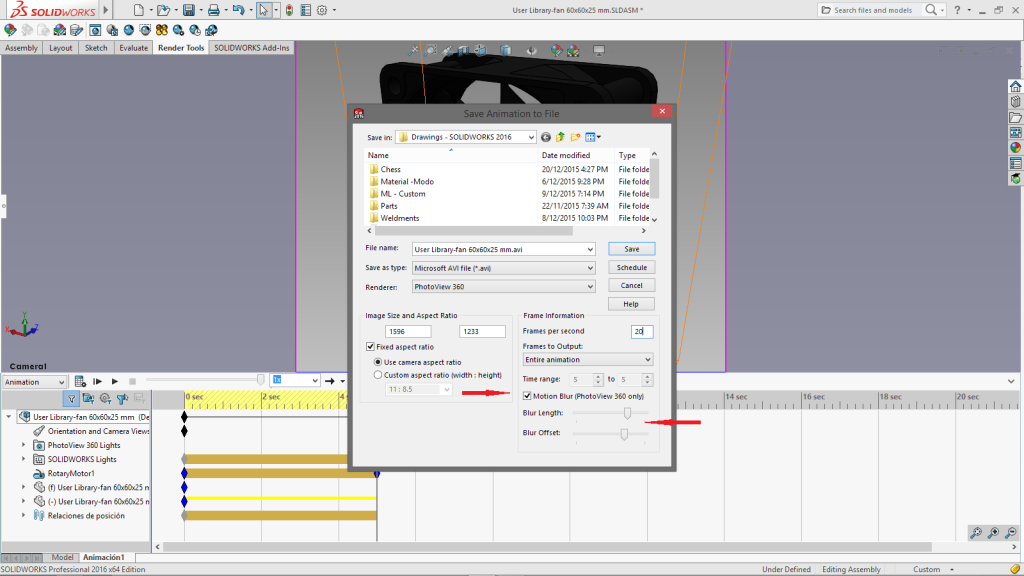 I ran the following videos both with the same setting for each.    First without the selection of Motion Blur and the second with Motion Blur selected.    Both animations produced identical file sizes.

The animations are a good example of the rotation of the fan blades.   It is also straight forward to see that the application of Motion Blur has clearly created a much more realistic representation of the motion of the fan movement.