At SolidWorks World 2012 when asked about a Mobile Viewer for SolidWorks Fielder Hiss simply answered Yes.  It was something that they wanted.  Asked “when” he responded with “No date at this stage!”

Anticipation increased last week when on the SolidWorks Blog it was announced there would a Mobile Application for SolidWorks this week!    One (of numerous) advantages of living in Australia is my week (days) starts earlier than most.  So this morning I found that eDrawings for iPad (at the bargain price of S1.99) was in the App Store (Australia)

I had a brief opportunity this morning to grab one of the iPads 2’s at work, install (after the Apple three questions security!!) and have a quick view.

It appears that emailing the file is (at this stage) the only method of file transfer.   With the App installed the file downloads and show as a eDrawings.  Selecting the files brings up the Open in eDrawings box to select. 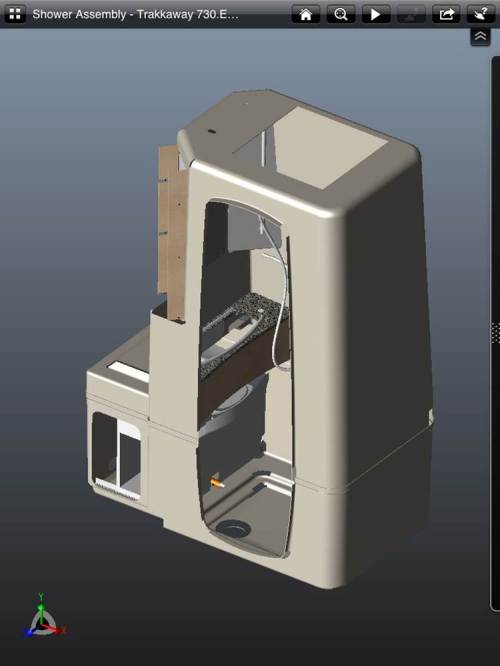 Help files show the gestures to rotate, zoom and slide to file menu but it an intuitive thing! The interface will be familiar for those who use the iDevice!

It will view native SolidWorks files, eDrawings as well as dwg & dxf files.  The apps has many of the eDrawing features.  It will support Configurations and Exploded Views.  But it is only a Viewer!  No Sectioning No Measurement No Mark up (at this stage!)  Also no Apple TV connection! 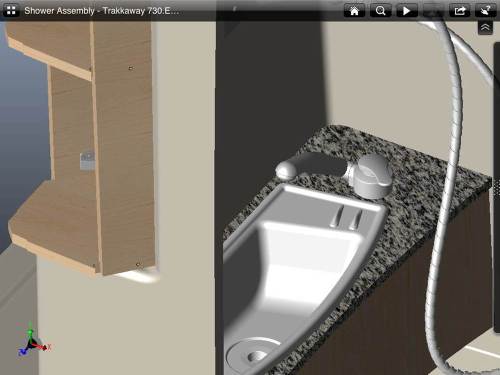 It appears to have some file/ graphic size limitation.  The file of the vehicle Assembly (shown Trakkaway 700) is a 28MB EASM -1213 Parts.  It appears in the File Menu but the “wheel just spins” before the App closes.  It may be just this file but I haven’t had time to look at some of our other main Assembly files yet!

So that’s my brief viewing of eDrawings for iPad at this stage.  Hopefully I be able to use in the “real world” in our workshop over the next few weeks!

I understand that there will/ should be eDrawings for other devices in the not so distant future (after feedback and success! of the iPad Viewer)