It’s now been 18 days (plus a few extra since I started to write this) give or take a day depending on time zones & a missing Thursday the twenty seventh whilst travelling over the International Date Line since SolidWorks World in San Antonio.   With the flu virus I imported back with me almost (now) gone, the wife out with her friends & the children at work I have finally have a quiet moment to reflect on my first SolidWorks World……………….

This is the third attempt I have had to write this post which has one, given me some more time to reflect and two, proven that this writing business does not come naturally to me! Well what did I think!  First it was quite an amazing whirlwind adventure.  I know that sounds a little strange because you might think “well it’s just a conference” and to an outsider you would be correct.  But this to me was to be much much more!  Everything I was to experience was new, different & a first……..but this is SolidWorks World & I’m not sure “conference” is the correct term! It was much more!  Take San Antonio a scenic & historical city. Although not a great deal of time to experience it I did have a few opportunities to get out on the Riverwalk & see some of the city. 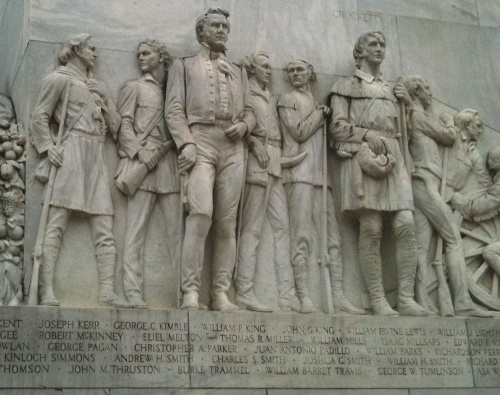 SolidWorks World 2011 was the main event, the reason, the purpose of this whole adventure.  You read & hear so much of this event but I’m not sure anything really prepares you for the first time for what you are about to see & experience. The General Sessions are a slick, well scripted, professionally presented, mixture of entertainment & information, colour & sound which went by in a flash.  It was interesting to hear Jeff Ray, Bertrand Sicot &  Jon Hirschtick talk passionately not so much about SolidWorks (the product) but about what SolidWorks Customers were doing & creating with the product.  This was not some sales talk or even talking to the converted, this was a genuine interest & respect to those people.


However the highlight of all the General Session & one I’ll never forget was the captive presence that Gene Kranz & Commander Capt. James Lovell Jr held over the room. To hear them speak of the Apollo Missions & of their direct experiences of the Apollo 13 Mission was a deeply inspiring, and a humbling experience.  One I’m extremely privileged to have experienced.

The General session Videos are now on the SolidWorks Website:
http://www.solidworks.com/sww/proceedings/Proceedings-Video-Highlights.htm The Breakout Sessions I confess to not making it all of the Breakout sessions that I wished to have attended.  This was for a variety of reasons.  (NONE of those involved lack of sleep or over “entertainment) I was side tracked by a couple of Media conference (after the General Session). One I wanting to hear more & was intrigued to what the press would want of the Apollo men.  It appeared that we all were slightly intimidated by their presence!   The other was after the announcement of what MAY be new in SolidWorks 2012. Not a great deal extra was reveled with the Product team keeping it very not committal.

I also missed a few session trying to stay in contact with my family.  With the difference in time zones I would try & catch my family to Skype early morning (in Australia just after lunch San Antonio time). If I waited for early evening (in Australia) it would be very late evening in San Antonio & I would be accused of “drinking” & enjoying myself way too much! NEVER! (OK maybe just a little)

I also couldn’t get into a few sessions.  A rookie error in assuming that if you had book for the session that you would have a seat available.  So despite turning up 10 – 15min before the session started I found the doors closed! A learning experience for the future!

The Presentation are now available for download at the SolidWorks Website:
http://www.solidworks.com/sww/proceedings/proceedings-presentations.htm The Special Event I’ve already covered the Special Event in a earlier post & I can only add it was a great night. The food was great, the rodeo entertaining, maybe I was the right era for the music or more likely it was the people I was with, all I can say is I had a great night!

What made the Event Extra Special

Simply the people!  I have “known” so many of the SolidWorks community for years now in this virtual world that we live today.  Twitter, the SolidWorks Blogs, the Solidworks Forum, names & faces were very familiar to me.  Meeting in the real world was like we had known each others for years, conversation was easy!   I was welcomed, I was part of the

family.  I lost count with the number of people who told me they were pleased that it was I who had won the contest, a very humbling experience.

Thanks to the wise & experienced SW bloggers who looked after me, ensured that I scored the best seats for the General Sessions & generally keep me out of trouble.

Thanks to those from the SolidWorks Corporation, those who had arranged and organised everything for me, it made my visit very easy. It was not just the people I had “known”. You could not sit at a table or stand at the bar without being introduced to someone or having a interest conversation.  It appears that we all have something in our DNA which makes it easy for us to connect! Thing’s I’ll Miss not being in the USA! Iced Tea (in the small glass)

I would like an opportunity to DEFEND MY Internet Correspondent TITLE in San Diego!  It’s still sometime away but hopefully I can put in place plans to see you all again, this time in San Diego

As the winner of the SolidWorks World 2011 Internet Correspondent contest, my flights, accommodation & conference fees are being provide by the SolidWorks Corporation.  However the thoughts, excitement & enthusiasm displayed in these posts are mine & mine alone!